In a wide-ranging interview, Musk also left doubts about his commitment to a $44 billion takeover of Twitter. Qatar’s $450 billion wealth fund has backed that bid, and its CEO said Tuesday he believes in Musk’s leadership.

Earlier, Exxon Mobil Corp. said it is investing in Qatar’s $29 billion North Field East project to boost Doha’s gas exports, joining other western energy firms. The Gulf state, among the world’s biggest LNG exporters, is one of few nations that can substantially replace Russian gas supplies to Europe -- but the project will start operating only in early 2026.

NOTE: Qatar’s Ministry of Commerce and Industry, Qatar Investment Authority and Investment Promotion Agency Qatar are the underwriters of the Qatar Economic Forum, Powered by Bloomberg. Media City Qatar is the host organization.

QIA Has No Interest in Cryptocurrencies (3:20 p.m. Doha)

Qatar’s wealth fund isn’t interested in investing in cryptocurrencies, though it believes in the underlying blockchain technology, according to Chief Executive Officer Mansoor Al Mahmoud.

The Qatari fund won’t invest more in Russia, though it still has some holdings in the country, Al-Mahmoud said. It’s also seeking partners to invest in African infrastructure, and continues to be optimistic about Europe in the long-term, he added.

Kazakhstan, one of the Kremlin’s few remaining international allies, values its ties with Vladimir Putin yet seeks to diversify energy and trade export routes to reduce reliance on transits via Russia, President Kassym-Jomart Tokayev said.

Putin “is a staunch ally of Kazakhstan, and as President of Kazakhstan, of my country, I’m very much pleased having close relationships with Putin,” Tokayev said. While Kazakhstan’s oil, which is mostly exported via Russia, “is still in demand on the international markets” amid energy sanctions against the Kremlin, “we need to think how we could diversify our routes,” he said.

Former US Treasury Secretary Steven Mnuchin said energy prices will be the biggest driver for global assets this year, downplaying the threat of a prolonged period of higher inflation.

“I think the major impact right now is where we end up on energy prices,” he said in an interview with Bloomberg News. “I think inflation in the US will come under control as the Fed raises rates. I think the bigger issue is, given the situation in Ukraine, what is the status of energy prices.”

Egypt’s push to issue the first green bond in the Middle East ended up costing the country more than if it had opted for traditional financing, Maait told a panel at the Qatar Economic Forum. The North African nation, which raised $750 million from the bond in 2020, hosts the COP27 climate summit in November.

Maait also said there’s a “limit” to what Egyptians can bear, after inflation hit its highest level in three years in May. With higher costs of living particularly affecting the more than 30 million Egyptians on lower incomes, the government “had to give a package to ease the pressure” that includes increases in salaries, pensions and cash-transfer assistance.

“You’ve got to think that the odds are that there’s going to be a recession,” Bill Winters said. “I think this inflation is quite bad, it’s intransigent, it’s not transitory, and the consequences will be recession.”

Exxon Mobil joined others, including ConocoPhillips, TotalEnergies SE of France and Italy’s Eni SpA, to invest in a project to boost Qatar’s gas exports.

The U.S. firm will take a 6.25% stake in the North Field East project, which is expected to start operating in early 2026. The expansion will increase Qatar’s LNG capacity to 110 million tons annually from 77 million, just as demand surges across the world.

Vitol Group CEO Russell Hardy said that global consumption of gasoline and jet fuel were still below 2019 levels and that the market could expect to see high prices for energy remain until demand for energy drops.

“There’s still two to three million barrels a day of demand to come back next year,” Hardy, whose company is the world’s biggest independent trader of oil and oil products, said. Prices for oil and oil products were likely to remain elevated so long as there was more consumption to come from the market, although fuel remaining so expensive risks demand destruction.

“The one thing that everybody’s concerned about is that runaway prices risk recessions,” he said.

Tidjane Thiam, the former CEO of Credit Suisse Group AG, said central banks will need to continue to shock markets to fight inflation. Asset prices have not yet reached a bottom given existing levels of inflation, the continuing impact from Covid-19, and geopolitical worries about China, he said.

While the market slump is negative for special purpose acquisition vehicles like his Freedom Acquisition I, the dislocation creates opportunities to invest, he said. Thiam said his vehicle looked at 75 companies before announcing Monday that it signed a letter of intent for a combination with Human Longevity, a company focusing on life sciences.

Read More: Thiam Says He Turned Down Offers After Credit Suisse for SPAC

“A recession is inevitable at some point. As to whether there is a recession in the near term, that is more likely than not,” Musk said in an interview with Bloomberg News Editor-in-Chief John Micklethwait at the Qatar Economic Forum in Doha.

Bob Diamond also said a US recession is “almost unavoidable.” A cooling of the economy is part of the economic cycle and central banks should continue to act to stem inflation, he said. The Fed’s rate hike was the “correct move” and another 75 basis point increase in July is “probably appropriate,” the Atlas Merchant Capital founding partner said. “The more the Fed acts now, the more likely it is to be quick or short, not deep and longer.”

Earlier, Roubini forecast a US recession by the end of the year. “We’re getting very close,” as measures of consumer confidence, retail sales, manufacturing activity and housing are all slowing down sharply while inflation is high, he said on Bloomberg TV. He sees further downside for both stocks and bonds in this environment.

The comments come after Goldman Sachs economists cut their US growth forecasts and warned that the risk of recession is rising. The outlooks will stoke fears of a hard landing for the world’s biggest economy as the Fed jacks up interest rates to counter the fastest pace of inflation in decades.

Musk said he doesn’t think there’ll be any issue balancing his Tesla interests in China with the future acquisition of Twitter Inc. The platform doesn’t operate in China and “China does not attempt to interfere with the free speech of the press in the US, as far as I’m aware,” he said in an interview.

Musk said there are still a few “unresolved matters” about Twitter, and is still waiting for a resolution on the matter of how many bots are on the social media platform. “There is the question of, will the debt portion of the round come together and then will the shareholders vote in favor,” he said.

The billionaire also said supply constraints are the biggest brake on Tesla’s growth, rather than competition from rival automakers. Jobs cuts at the electric-car maker will lead to a 3.5% reduction in headcount, he said.

Georgia considers it “unfair” for the European Union not to grant candidacy status to the country after recommending it to Ukraine and Moldova, Prime Minister Irakli Garibashvili said in an interview at the Qatar Economic Forum with Bloomberg Editor-in-Chief John Micklethwait.

The Caucasus nation “would be the first country to be granted the status” on the merits of complying with the EU’s requirements, and the bloc gave it to Ukraine and Moldova because of the situation created by Russia’s war, he said.

While Georgia supports Ukraine politically, it’s in a “very vulnerable” position and can’t impose national sanctions on Russia over the invasion, though it won’t let Russian companies use Georgian territory to bypass sanctions, Garibashvili said.

Georgia remains determined to join the North Atlantic Treaty Organization, but understands it must first resolve its territorial problems with 20% of Georgian territory under Russian occupation since a 2008 war, the premier said.

Namibia and its partners are “all aligned” on bringing country’s first two oil discoveries to production as soon as possible, Jennifer Comalie, chairperson of National Petroleum Corp. of Namibia, said in a Bloomberg TV interview Tuesday on the sidelines of the QEF.

TotalEnergies SE said in February it had made a “significant” oil discovery, weeks after Shell announced a find in the southwest African nation. “At peak, these two discoveries could bring $5.6 billion to a very small economy, doubling the GDP by 2040,” Comalie said, without giving details on when fields could start production or how much oil will be pumped.

Should India Take Another Stab At Inflation-Indexed Bonds?

Can Government Jobs Move The Needle For India's Weak Job...

CBI Apprehends Some Persons In Connection With Bribery...

Stock Market Today: All You Need To Know Going Into Trade... 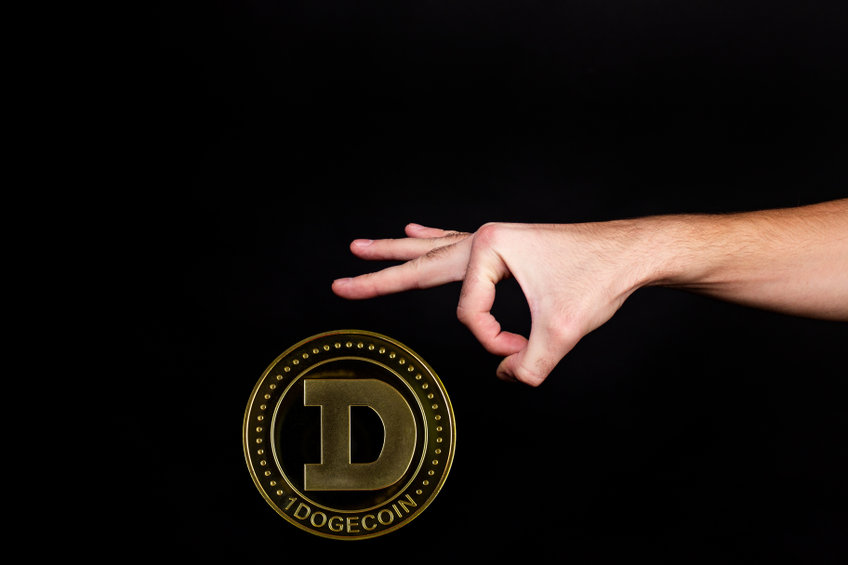 Dogecoin could rally by at least 40% this week

Dogecoin has reported a strong rally over the past 7 days. The coin is… The post... The GST Council had constituted various GoMs to study various issues and submit... Elon Musk has Twitter’s data, but getting answers on spam...

Billionaire has access to the company’s fire hose of tweets, but data specialists... 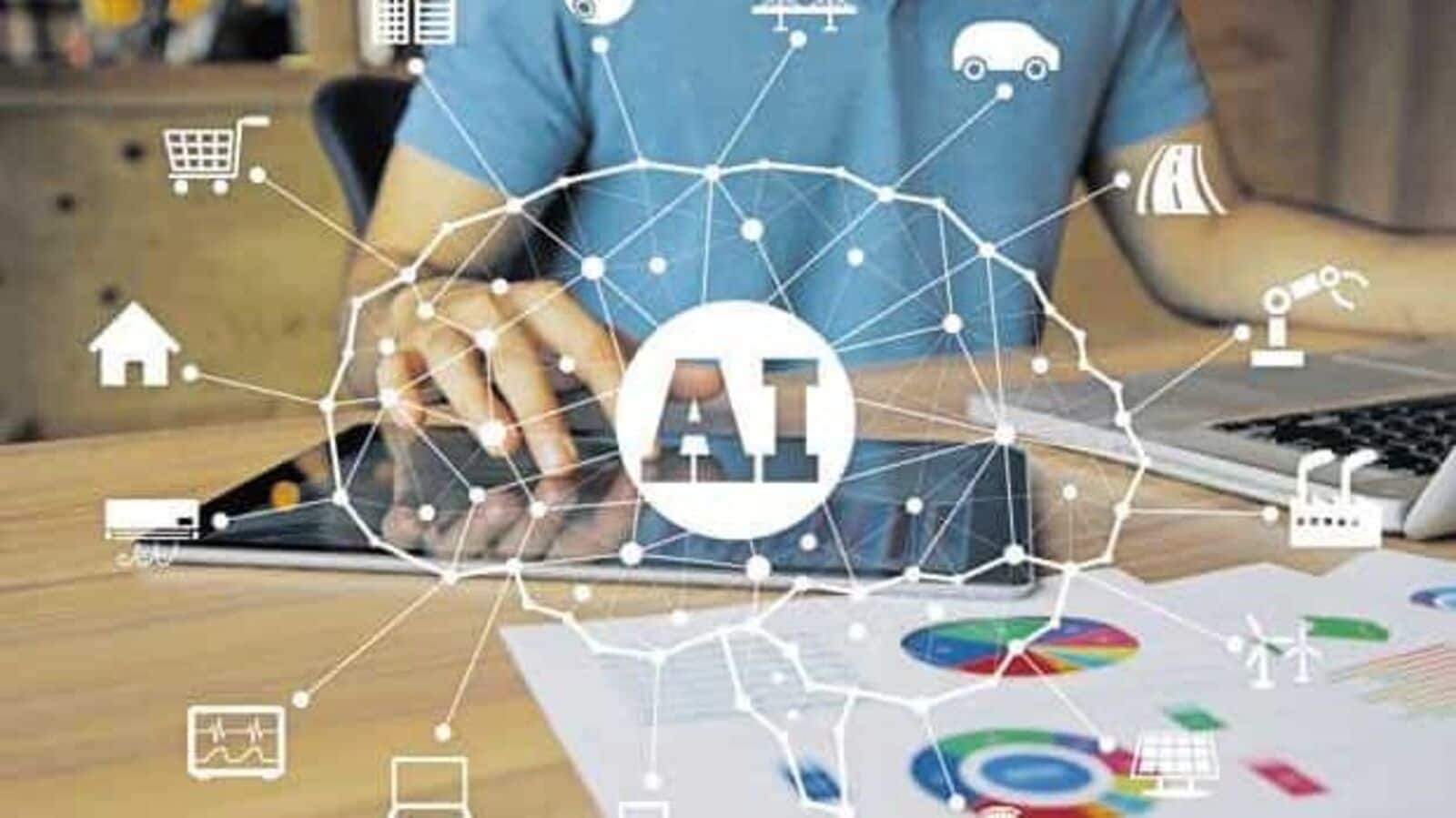 The industrial and automotive manufacturing sector has been the highest adopter...